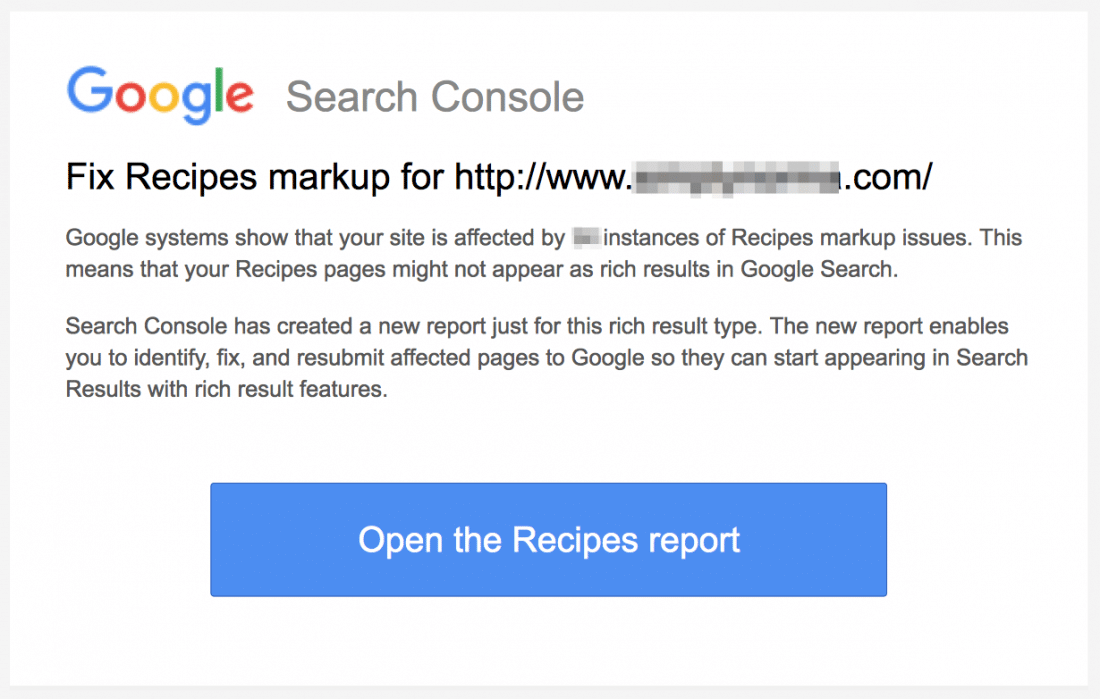 Recently Google sent emails to website owners that are a bit hard to understand: Below, we’ll explain the problem and what you can do to fix it right away — it’s not that hard! “Recipes [with] markup issues” you read?! Then you think I thought Zip Recipes actually handles this for me! In some cases, […]

Will your food blog be affected by Chrome’s security warnings? 😨

According to some stats, Google’s Chrome browser is used by 64% of the internet. So, when you get an email from Google itself with the subject, Chrome will show security warnings on YOUR WEBSITE, your hearts starts to pound a little faster…because you’re not crazy! You probably get the majority of the traffic from Google Search […]

Get Your Recipes To Pop-out and Get Noticed

You’re trying to get more readers to your blog. How do you do that? You certainly don’t do it by being plain Jane or Joe! You’ve already done the hard work of creating your recipe, taking mouth-watering photos..you’re almost there…don’t quit now! You would never buy a product on Amazon if it has no ratings. […]

Easy Way To Generate Nutrition Data For Your Recipe For Free

Last week, I released the much sought-after, Automatic Nutrition calculator feature for Zip Recipes. It basically generates a nutrition label for your recipe as you’re creating the recipe. You just click one button and you’re done. However, this is a premium feature and I realize that there are food bloggers out there who have time […]

Truth be told, I released version 4.8 but I had introduced a bug with translations (basically broke them) so I ended up releasing 4.9 right away to fix that. This image illustrates the new features really well:   As you can see, now you can set your recipe’s category (entree, dessert, appetizer, etc.) and also set […]

MORE VISITORS TO YOUR FOOD BLOG