Meet Caroline Kerr, a South-African based blogger on a mission

Meet Caroline Kerr, a South-African based blogger on a mission to “put the zest back in to your food (and life)”

Recipe sharing: All you need to know

Video: A quick introduction to the Template Editor

Meet Jesus Chomon, creator of a foodblog with 20.000 visitors a day

Automatic Nutrition for Your Recipes

Can you tell us a bit about yourself? Who are you? 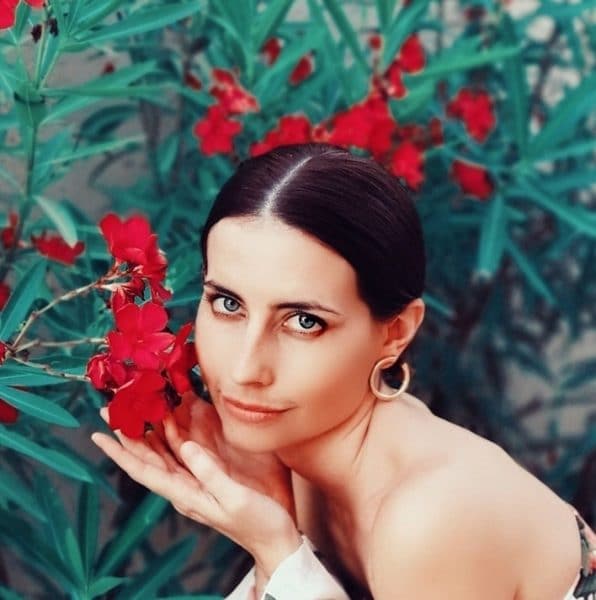 I’m a digital marketer by trade. I have worked in the design, social media and marketing industries for almost 7 years. I love creating interesting and informative content. I also have a real passion for cooking, especially creative plant-based cuisine.

How did your blog, www.thezestkitchen.com, start?

I actually decided to start the blog as a marketing project of sorts – to test out my skills (building a website, creating content and promoting it) on something I am very passionate about. Though I’ve been thinking about it forever, I actually only started the blog a year ago. I’m also very keen to spread the vegan message as much as possible.

How many visitors do you get per day?

About 30 visitors a day on average – I know it’s not much, but it’s a start. After promoting a post on social media back in January, I had 150 visitors in a single day. Promotion and sharing is definitely something I need to focus on more. Not to mention, posting on a more regular basis.

Is it a source of income for you, or do you hope it will be in the future? Or is it a hobby?

No, it is not a source of income currently. I would like it to be – to be paid for something that I am this passionate about.

What was your goal for your blog when you started? Did you realise that already? If so; what helped you realise it? If not: what will it take to realise it, do you think?

Initially, it was the idea of starting the blog as a marketing project – as a means to upskill while expressing my creativity. But, over time, it has become more about spreading the vegan message.

What are you most proud of, regarding your blog?

My biggest obstacle was the fact that I have little to no experience in photography. Though I’m not the best, I think that I’ve gotten better over time, with each post. I’m also quite proud of the fact that I actually have people viewing and interacting with my blog. Though they’re not huge numbers, I am thankful for every visitor.

I think the culture may make people more or less susceptible to the vegan message. South Africa has a strong ‘meat culture’, so creating a plant-based blog here may focus more on recreating those meaty flavours in recipes. You may also need to be more subtle with the message.

What made you decide to choose Ziprecipes as a plug in?

I read an article online where it was featured as a top 10 choice. Out of all of them, I liked the look of Ziprecipes best. I first tried out the free version, but quickly upgraded for better customisation.

Are you happy with that decision? (Feel free to be honest… :))

Yes, I am happy! Ziprecipes is attractive, functional and easy to use.

Do you have a tip for the developers of ZipRecipes, something to be developed that you would really like?

I think I would like for even more customisation in the recipe card templates. (note from the developers: this will be included in the next big update)

Is there something you would like to say to other foodbloggers?

I think, the two most important things are: 1) Starting a blog about something you are truly passionate about (whether it be about baking bread, gluten free cooking, etc.) and 2) Staying consistent and posting regularly – not only will this help to generate traffic but you’ll get better at creating content quickly. This is something I have struggled with recently, but is certainly a goal for the next few weeks and months ahead!

How can I update the plugin?

If your license is activated, you should be able to update from the WordPress plugins dashboard. If this doesn’t work, there’s probably a configuration issue on your server. We’ve listed several of the most common causes.

Can I upgrade my license to 5 sites or unlimited?

Sure! Just go to your account, then click “view licenses”, then “view upgrade”. There you have options to pay the additional amount.

Clicking on the ‘View Details and Downloads’ button will take you to a new page. On this new page scroll down to locate the ‘Products’ section. In the products section you can click on the plugin hyperlink to download the plugin.

How can I install ZIP Recipes

To install the plugin, you can follow these instructions on Really Simple SSL

When you purchase one of our plugins an account is created automatically. You can reset your password here.

If you don’t remember the email you used for the purchase, or did the purchase before the automatic account creation was activated, please contact us and we’ll set it up for you.

You can create a new password via the following link: https://ziprecipes.net/wp-login.php?action=lostpassword

Error: The specified email is not authorized

When getting a ‘this email is not authorized to renew license’ error, try clearing cookies from your browser. That will likely solve the issue.

If you click the download link after you have purchased a plugin, you should download a zipped file which you can upload to WordPress. If this is not the case, you are probably using Safari. This is easy to fix. Go to:

MORE VISITORS TO YOUR FOOD BLOG